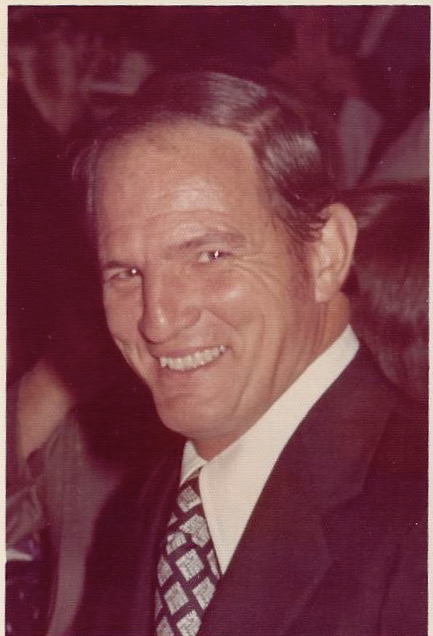 Carl Hunt, 94, departed this world on April 27, 2019, safely in the arms of his Lord and Savior, Jesus Christ the Good Shepherd.

He leaves behind his beloved wife of 55 years, Zoe Marie of Houston; sister Eloise Yates of Columbia, MO; sons and daughters Robert Hunt and wife Bonita of Houston, TX; Daniel Hunt of Tehachapi, CA; Sue Minor and husband Jerry of Marshfield, MO; Lori Barrick and husband Brad of Spokane, WA; JoAnn Sullivan and husband James of Beebe, AR; and Carolyn Davis and husband Keith of Cleveland, OH; as well as 18 grandchildren and 18 great-grandchildren.

He was preceded in death by parents Carr Hunt and Bessie P. Hunt of Cuba, MO; sister Virginia Schaubert of Herrin IL; and son Michael Hunt of Houston, TX.

Carl was born September 27, 1924 in Energy, IL. His father was a decorated WWI combat veteran who was wounded by German mustard gas in the battle of the Argonne Forest in France. After returning home he raised his family and worked as a coal miner in the great depression. Carl was raised to be a devout Christian with enduring principles of loyalty and hard work.

He joined the army after his high school graduation and he served his country in WWII. He went on to have a long career in the insurance industry.

While working as a field agent of Maryland Casualty Company in 1963, he met Zoe, the love of his life, and he wasted no time in proposing to her, even though she was a widow with six children aged three to eleven years old. Within six months he bought an independent insurance agency in the small town of Cuba, MO. He adopted all six children and moved the family, and three years later Zoe gave birth to Carolyn, their seventh and last child.

Carl was successful in business, and also very civic-minded, and he gave back to his community through his extensive service. He was elected to the Cuba city council for two terms, and was also elected mayor for two terms. He was also very active in the First Baptist Church of Cuba, as well as local chapters of the Lions Club, the Optimist Club, the Chamber of Commerce, the Masonic Lodge, and the Shrine Temple.

In 1981 Carl and Zoe sold the insurance agency and retired, spending summers at Lake of the Ozarks in Missouri and winters in the Rio Grande Valley. They enjoyed playing golf together and traveling together, and everywhere they went they made more friends. But after fifteen years of retirement, they decided to move to Houston to be closer to children and grandchildren, and Carl came out of retirement and went back to work. Many friends told him that no one would hire him at 72 years of age, but he went to work for HEB and proudly represented them for the next 21 years. He worked on the floor in several capacities and in several stores, always making new friends among coworkers and customers. He looked forward to going to work every day, and in his 21 years he missed only two days due to illness, and he was never once late for work. He finished his career at HEB at the Bunker Hill store in Houston, and HEB honored him for 20 years of service, and again on the occasion of his second retirement.

Carl Hunt, born and raised in poverty, never considered himself to be anything but blessed. He was a man of deep convictions and integrity, generous and caring for others, and he made life choices that showed his commitment to do what he thought was best no matter the cost or sacrifice. He improved life for everyone around him through his simple wisdom, honesty, and caring attitude.

The family would like to express special appreciation and thanks to all of the hospice workers and personal living staff of Brookwood/Memorial City.

Also special appreciation for Nathaniel Hunt, Carl’s Houston grandson, who became his grandfather’s go-to guy and best friend. Thank you Nathaniel for bringing joy to your grandfather in his times of need.

Carl’s life will be celebrated at a memorial service at Memorial Drive Christian Church, 11750 Memorial Drive, Houston, 77024, on Saturday, May 25, at 11am, with a reception to follow at the church.

We grieve his passing and will miss him dearly, but we rejoice that He will feel right at home in God’s Kingdom and will surely find new ways to serve in God’s great extended family.

A Memorial Service will be held at Memorial Drive Christian Church at 11750 Memorial Drive, Houston 77024, on Saturday, May 25, at 11 a.m. with reception following at the church.

Please enhance this tribute to Hunt, Carl by adding your condolences or memories. Click Here