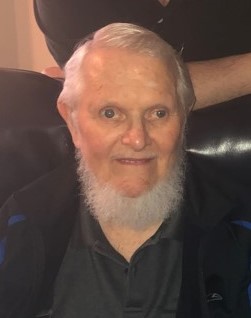 James (Jim) A. Rundall born in Ovid, Colorado, January 23, 1942, went home to heaven June 25, 2019.  He is survived by his wife, Barbara of 55 years.  Jim is also survived by his brother, Dennis Rundall of Oakley, CA, brother David of Saint Augustine, FL and sister Maradith Goode of Westminster, CO.  He is the father of three children, Joseph Rundall of San Diego, CA, Paul Rundall of Alvin, TX and Muriel Ceniceros of Montrose, CO.  His grandchildren Thomas and Miranda Ceniceros live in Montrose, CO and Christina Mai and Erica Rundall live in San Diego, CA.

Jim was a computer programmer and worked for Homestake Mining Company in Grants, NM, twenty-five years before moving to Houston, TX in 1990 to work at Howell Oil Company.  He retired in 2003 and continued to reside in Kingwood, TX until his death.

Jim enjoyed various pastimes which included strumming the guitar as he sang folk music.  He led singing of Gospel choruses in small groups at church.  Other hobbies were fishing for bass, watching television, coin collecting, listening to music and working with wood to build furniture.

His life exemplified the virtue of fortitude.  He will be missed until we meet again.

To view and submit images or to sign the guestbook, visit www.mem.com/8760469

Please enhance this tribute to Rundall, James A. by adding your condolences or memories. Click Here

Our sincere condolences to the
Rundall family, so many fond memories from days gone by. Such a talented musician and good friend, even though we wound up so many miles apart. God bless and bring comfort and peace to you all. And, the oil joy for mourning. We love you, Glenn and Rhonda.