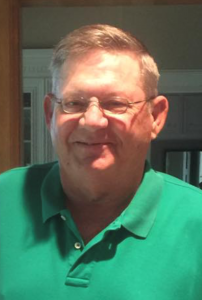 Terry met death with the same fighting blend of stubbornness and love that defined his life. When doctors said he had minutes, he held on for days. When neurologists doubted he’d regain consciousness, Terry opened his eyes, looked at his family, and mouthed, “I love you.”

The third of five children, Terry Raymond Parks was born in Houston, Texas, on November 20, 1950, the only towheaded, blue-eyed boy among the otherwise brunette and dark-eyed Parks siblings. Terry’s natural athleticism and inborn work ethic led to a standout high school track career, all-district baseball honors, and being named to the all-state football team. Quiet and confident, he met Helaine Craig, a beautiful, book-loving, 17-year-old daughter of artists, when he was 16. The two fell in love and never fell out of it, marrying in 1971. Terry went on to play college football and semi-pro baseball in Louisiana, before he and Helaine returned to Texas, where Terry graduated from the University of Houston.

Terry and Helaine both became school teachers. Terry became a coach as well, and his passion for cultivating others’ passions took deep root. He coached at almost every level in a variety of sports in Louisiana and Texas, including his alma mater, Marian High School in Bellaire. In 1978, Terry and Helaine moved their family to Kingwood, where he double eagled on the country club golf course, became commissioner of the Kingwood Forest Cove Baseball Association, and supported countless activities at Kingwood High School. Later in life, Terry became an entrepreneur and innovator, recognizing opportunities others overlooked. In his retirement, he refereed and umpired to stay close to the games.

Together, Terry and Helaine showed all who know them how to find, honor, and cherish a soulmate. They had four children, all wildly different from one another and adored by Terry with a fierce, boundless love. He raised creators and musicians––including one drum major––a dancer, and a quarterback. Terry always wore number 12 on his jerseys, and later, his son and two of his grandchildren would do the same to honor the man who’d taught them to play the games they all loved.

Terry never drank alcohol, but he loved a good party––especially if the gathering included his Louisiana family. He was a loyal friend. Thick steaks, sharp wit, and Longhorn football were a few of Terry’s favorite things. He also perfected homemade French fries.

In lieu of flowers, the family asks that you make a donation to the newly established Terry Parks Athletics & Fine Arts Scholarship Fund: https://www.gofundme.com/f/terry-parks-scholarship-fund

A funeral mass will take place on Friday, November 8, 2019 at St. Martha Catholic Church at 10:30am in the main chapel. A reception will follow at Darst Funeral Home after the mass.

My heart breaks for you and your family.

Matt and I send our love and prayers for you, Helaine, Cliff,Jennie,Shawn, and Mandy. We share your heartache.