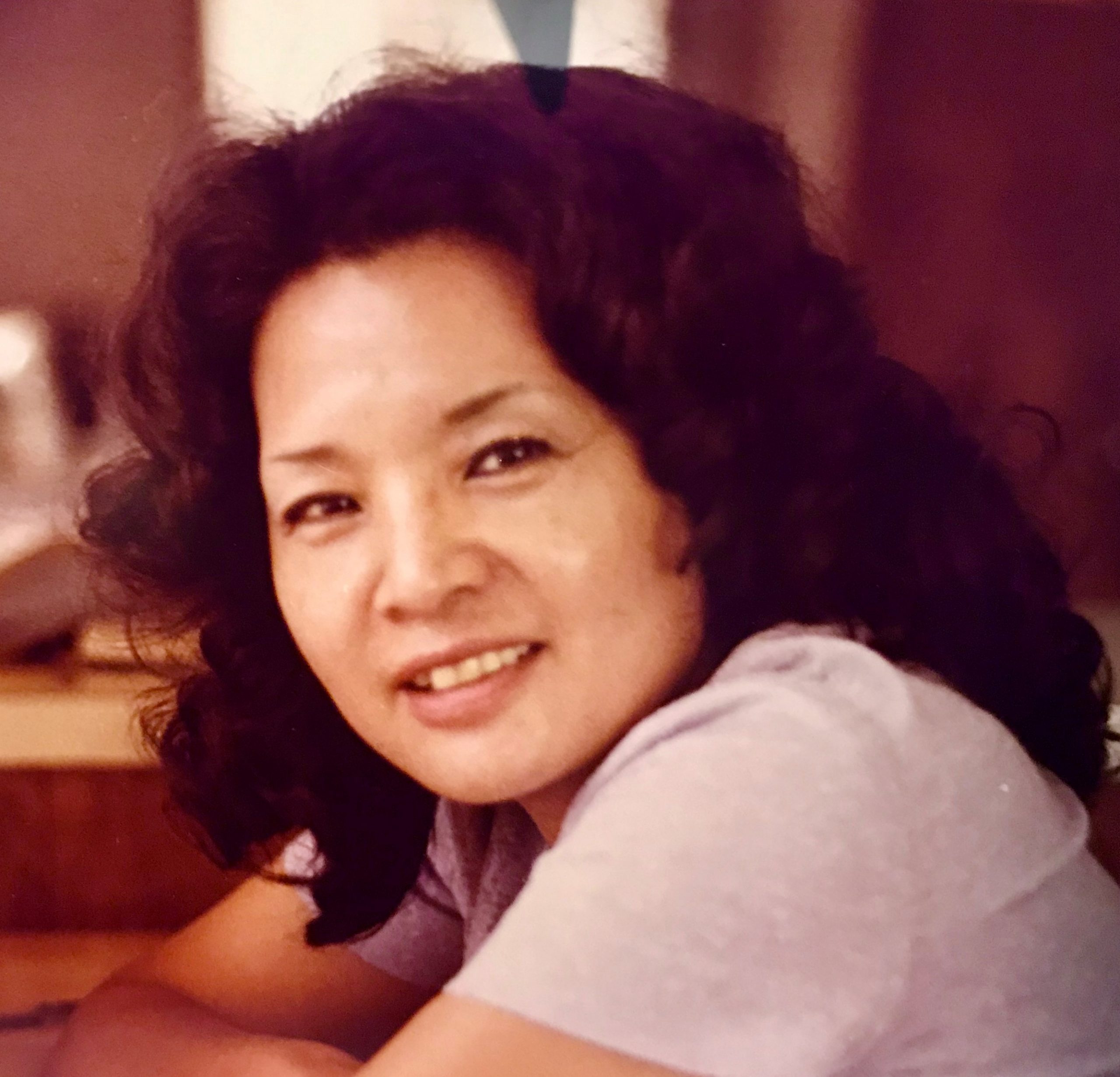 Did you notice this month, that something felt off, that something was wrong, that earth perhaps was off kilter, well my friend, you are very observant because on November 13, 2019, the world lost a veritable force of nature with the passing of a small, diminutive person, not world renown, but still left a gigantic hole in the cosmos of my life. Like the very fabric of space and time has been ripped apart, but not all is lost, for the soul has survived by the precious blood of Jesus and someday we will be reunited in Heaven. Yes, Sachiyo Hamm passed from this world to a new home beyond the clouds.

Sachiyo was a survivor, she survived growing up in Manchuria in the 1930’s, she survived World War II in Japan when food was scarce and all there was to eat was insects and moldy rice. It was so bad that the children in the neighborhood would run out in the streets when the bombing runs were happening hoping that they would die. She ended up with shrapnel from a bomb in her lower leg. She survived falling in love with a US Air Force Serviceman and being ostracized by her family.

Sachiyo became a US citizen and raised her family of four boys as her husband moved from base to base in his 20 years of service to his country through the “police action” in Korea and the Vietnam War. The family saw a lot of the world, being stationed in Germany, France, Japan, and the Philippines before retiring from the US Air Force and setting up home in Aldine, Texas.

Sachiyo survived raising the four rambunctious boys and the mischief they often found themselves embroiled in. Many stories of unexploded ordinance, secret stashes of dynamite, and homemade firecrackers from gunpowder of 30 caliber bullets collected from the Philippine Soldiers. Just a quick lesson learned, don’t use your wallet with your driver’s license in it as a prop to enhance the realism of the home made corpse dummy, and don’t place the body on the road leading to the airport. Apparently the police don’t have much of a sense of humor. Imagine the scuffles of four boys as they grew up in a much different world than exists today and through it all our Mother survived all that chaos that makes life interesting.

Mom often made us clean our plates at dinner before we could have dessert, often regaling us with stories of people starving in China. She often said we didn’t understand what it means to have nothing, to be starving in the streets, I always thought she was just trying to get us to eat our vegetables. It wasn’t until much later that I realized that she was talking about a life she lived and survived. Foolish me, I hid my vegetables under my plate, smashed flat so I could get dessert before it was all gone by the ravenous horde of brothers. Mom did the dishes, so she knew what a scoundrel I was, but she never said a word. Our Mother survived and she learned the art of guilt and the power of forgiveness. She was loving, patient and kind but she also had a tenacity, some would call it stubbornness, I would say hardheaded because that is what she often said of me! She often talked about money not being free whenever I wanted something, a toy, a comic book, a record, she would say, “do you think we have a money tree in our backyard?” Mom worked hard all her life, she sewed our clothes, made suits for Dad, worked as a seamstress, cleaned peoples houses,she did what it took to survive. She made the best yeast rolls, inari no moto, which we couldn’t say as kids, so we just called them O’sushi.i asked for her recipes she had, she pointed to a drawer in the kitchen, they are in there, I looked and they were written in Japanese!

I miss her so much and I wished she would stick around for a few more years, but the pain was too much for her. Like I said, she learned the power of forgiveness, being able to forgive people, to forget the pain they caused and to move on with life. She had these scars on her upper arm, five on one arm and five on the other, I asked her about them, she said they were smallpox vaccinations, she never said why she had so many, but I imagine they didn’t want to spread the disease, so if one is good, and two is better, then 10 has to be the best. That is our Mom, a ten!

Please enhance this tribute to Hamm, Sachiyo by adding your condolences or memories. Click Here

A private family memorial service will be held for Mr. Martin On Tuesday, January 26, 2020 at 1 pm. Livestreaming is available through the Darst Funeral Home website.