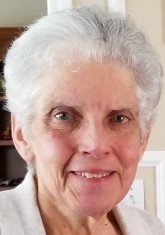 Services for Alicemarie T. O’Brien, of Kingwood,  are pending with Darst Funeral Home.

Mrs. O’Brien was born July 30, 1955 Staten Island, NY to the late Alice Joan (Lorenz) and Raymond Charles Lorenz, and died Saturday, July 11, 2020 at her residence with complications from dementia.

Mrs. O’Brien was married on June 21, 1986 at Blessed Sacrament Church, Staten Island, NY to the love of her life Joseph O’Brien.

She was preceded in death by her parents.

Her greatest passion were her children and was the epitome of the perfect mom to her special needs son and realized her dream in 2004 when she and Joseph travelled to China to adopt their infant daughter.

Please enhance this tribute to O'Brien, Alicemarie T. by adding your condolences or memories. Click Here

Dear Joseph, sorry for the delay in sending this. I am Matt Fitzsimmons’ wife some 31 or 32 years ago we spent the day together with our new babies Matthew and Christopher. we were in Staten Island visiting Matt’s parents. We took so many photos that we still have and had such a nice time. Several times after I was with Alice Marie at weddings or other occasions. I want you to know you are a hero for giving Alice Marie the loving care and attention all these years and Christopher too. Reading her obituary and all the online comments gave me such joy to learn of her joy and sense of humor. Together you turned something difficult into something so beautiful. You have a special angel in heaven. God Bless you.Love, Donna Fitzsimmons

Many fond memories of Alicemarie, but the first was the day I moved into my home in Howell, across the street from her.Alice, Joe and Christopher were the first to come over and welcome our family to the neighborhood. We instantly became friends and made many great memories over the years. She was a wonderful woman and will be missed so much, may she rest in peace. My sincere condolences to Joe, Chris and Erin❤

Alice loved to have a good time and you could not be around her and not be happy. She was the only one who got Joseph's best man (our brother) Buddy to dance "The Last Dance" with her at her wedding.

Christoper was born and then another addition to the O'Brien family arrived via China and her name was Erin Marie and Alice said her family was now complete.

Now Alice will enjoy all the memories that were lost to her.
Your "favorite sister" Peggy

Alice brought joy into the world through her lovely singing voice, her humor and especially through her giving, loving heart. I am privileged to have known her as my friend. My prayers are with Joe, Christopher, and Erin at this difficult time.

Alice made me laugh. so often with her wit and humor. I am honored to have been a part of her life these last 4 years.

I knew Alice when Christopher was just 5 years old and she enrolled him at Lehman School in Lakewood and I was the lucky one to be his teacher then. Alice was always happy and had a smile on her face and she truly loved her son. She will be in my thoughts and prayers With deepest sympathy. Helen Lorme

So many good memories of Alice and the Lorenz family on Floyd St SI. May she Rest In Peace.

Rest in peace Alicemarie. Prayers for Joseph, Christopher and Erin
She has gone home but her love and devotion lives on in your hearts.
Cousin Marion