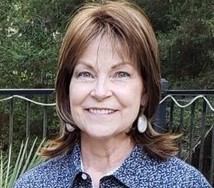 April Jean “Jeanie” Wadyko passed away August 23, 2020 after a valiant two and a half year battle with ovarian cancer. She was born March 23, 1958 and in her short 62 years touched the lives of so many including the staff and students at Huffman Middle School where she served as the principal’s secretary.

Jeanie never had an unkind word about anyone.  She enjoyed collecting Disney characters and she loved being a “baseball mom” when her sons played from Little League to college.  Her boys brought her great joy.

The love of her life was her husband Alan and for 41 years their love for each other was unwavering.

Jeanie is predeceased by her mother Lois Jean Stewart and her father William Ralph Stewart.

In lieu of customary remembrances the family requests that donations be made in Jeanie’s memory to the American Cancer Society.

A formal memorial will not be held.  The immediate family will have a private gathering.

A formal memorial will not be held.  The immediate family will have a private gathering.

Goodbye my sweet cousin. I love you and will miss you. Your quiet goodness will be with all of us, forever. The beautiful family that you and Alan created, are a fitting legacy for such a wonderful human. It’s comforting to know that you are now with your parents in heaven.

Our hearts, thoughts, and prayers go out to Alan, and to Jeanie’s entire family, of which I am part of. You will be forever missed, and forever loved, Jeanie. Rest in peace.

We pray over your family, near and far, that His peace that surpasses all understanding will be poured out over you all. Wad, we are so sad for you and your kids loss. Your sweet Jeanie is with the Lord but the grief of her absence will be felt, immeasurably. We send you our deepest condolences and continued prayers.

Alan, I am so so sorry for you and your families loss. May God wrap his loving arms around all of you to provide strength and comfort to you. You are in my thoughts
and prayers. Janine

My heard aches for your family. When the Lord calls our loved ones home, he leaves a gift of memories in exchange. ALWAYS know you’re NEVER alone. May peace be with you.

There truly are no words to comfort you in this time but just know you are in my thoughts and prayers and I’m thinking of you during this difficult time. Hugs