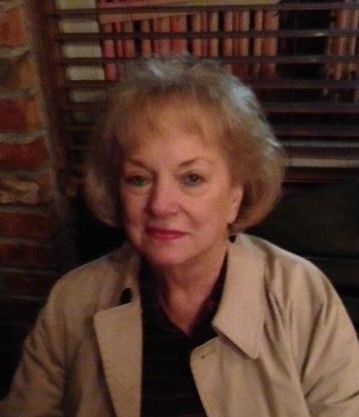 Celebrating the life of Marilyn Pollock

Marilyn Mae Auld was born on March 4, 1939 to the late James and Emily Auld of Coconut Grove (Miami), FL. She was the second of two children, with her brother, Bill Auld, who predeceased her.  She lived in that area through her graduation at Miami High School.

After high school, she attended Florida Southern College in Lakeland, FL, and received her bachelor’s degree in 1962, majoring in Journalism and Psychology.  Upon graduation, she married Benny Pollock and lived near his family in Plant City, FL.  The following year, they relocated to Miami, where they began their teaching careers.  Later, Marilyn had two sons and stayed home to take care of them.  She loved being a mom – taking her boys to swim, the park, the zoo and many other outings.

While in her early forties, Marilyn went to Barry University in Miami, FL, and earned a LMSW (licensed master social work) degree.  She held several positions over the years, all centered around helping people.  She worked for Goodwill Industries as a job placement coordinator, followed by a position as a crisis intervention specialist for a middle school.  She moved to Kingwood, TX to be closer to her family in 1997.  Upon arriving in Texas, she worked in various social work positions, then worked for hospice until her retirement in 2006.  Marilyn loved helping people and always pointed them towards God. She was a strong believer in the power of prayer.

Marilyn was raised in the Methodist and Episcopal Churches as a child and young adult.  After college and marriage, she became a Lutheran.  She belonged to Christ the King Lutheran Church in Miami, from 1963-1997, then joined Christ the King Lutheran Church in Kingwood, TX, after relocating in 1997. During her membership at the two churches, she sang in the choirs, was on the “Love in Action” committee and board of directors (Miami) and was a care minister (Kingwood).  She loved the years she spent in the two churches. In later years, she enjoyed bible studies and activities with the other seniors at church.  She missed attending services but loved talking and visiting with the other seniors and was so appreciative of the Pastoral staff coming to serve her holy communion and visiting her at home.

Marilyn loved having friends and making them everywhere she went.  She was cheerful to be around, had a great sense of humor and could be downright sassy at times. She also loved cats, having them throughout her life.  She loved music of all genres, loved to watch football, go shopping and have lunch outings with friends. Marilyn was a very punctual person and used every minute wisely.  She had a beautiful gift in encouraging everyone that she encountered.

Marilyn is survived by her two sons, Chan Pollock and Alan (Amy) Pollock, of Kingwood, TX.  She has six beautiful grandchildren that she cherished, Caitlyn, Carleigh, Camryn, Nathan, Abby and Ashlynn.  Marilyn is also survived by her niece, Marsha Reeves (Curtis), of Cookeville, TN and her two nephews, Tim Brown (Laura) and Steve Brown (Carol) of Plant City, FL.

The family would like to express their gratitude to the staff of Regent Care, Kingwood, TX, for their loving care of Marilyn.  Additionally, the family thanks all her close friends for their special attention and care.

Please enhance this tribute to Pollock, Marilyn M. by adding your condolences or memories. Click Here

Marilyn was one of the sweetest person I met at Regent Care center. She loved when I would clean her room. She always would make me laugh and wouldn’t trust anybody else with washing her stuff I’m glad I got the chance to meet her. I’m sorry for y’all’s loss she was such a wonderful caring person 🥰

Marilyn was a long time friend of mine in Miami. We taught together and had children of similar ages.
We shared many holidays and good times.
Marilyn was lively, warm and very generous with her time caring for others.
She, through her church, mentored a group foster home becoming a warm friend and member of that family.
Chan, Alan, and your families, I send you my love and hold your mom in my heart.
Ann Sernaker Burnside

Marilln was a long term friend if mine in Miami

Chan and Allen (and families), I'm sorry for your loss. Your mom was a good friend to my mom (Ann Burnside) and often had us --Ann's Children-- at her home, as you probably remember.
Love, Michelle Sernaker