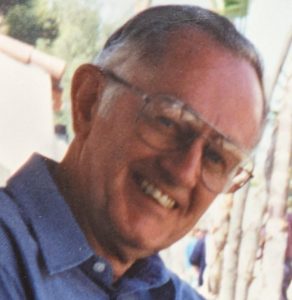 Eugene Howard Core, of Kingwood, Texas, was born on August 21, 1935 in West Liberty, Ohio. He passed away peacefully on February 18, 2021 and leaves behind many loved ones and a host of friends and family.

Eugene was the only child of Howard Russell Core and Mildred Evelyn Smith. He was the Valedictorian at West Liberty Hight School and later went on to attending Bowling Green State University, where he earned a Bachelor’s Degree in science. After graduation, Eugene joined the Army, following his service in the ROTC, and completed four years’ service to his country and earned the rank of Lieutenant Eugene Howard Core. Once he returned, he then went to Indiana University and received his Master’s in Art. Eugene also was a member of the Sigma Phi Epsilon Fraternity.

Eugene married the love of his life, Loretta Ann Shuff, on June 4, 1966 in Basile, Louisiana. The most important even in Eugene’s life was when he adopted his two children Jason, and Candice. He received The Profession of Faith at Immaculate Conception Catholic Church in Tyler, Texas in April of 1980 and was a devout member of St. Martha’s Catholic Church, in Kingwood, Texas. He was a Eucharistic Minister and often volunteered for HAAM, Humble Area Assistance Ministries, in Humble, Texas, for seven years.

Eugene was a collector of many things, coins specifically, but you could often find him reading, working on a puzzle, tending to his garden, or volunteering because of his love for helping others. He enjoyed music and was particularly fond of instrumental and classic music. Of the many things Eugene has done in his life, his legacy will live on through the kindness he displayed to others and the loyalty and faith to his church and family.

Always one of our favorite people. He was quite a guy.

Eugene Is a wonderful man. I only regret that I did not spend more time with him and Loretta. My prayers are always with them With love

Mr. Core was one of the kindest men that I have ever been blessed to meet. He had such a sweet spirit, and will be greatly missed.

The world has lost a great man….but Heaven has gained a very special Angel!

Gene and I spent time together on the playground. We worked together at his father’s Core’s Market. He was a role model for me with his serious study habits. He was my friend in so many ways.