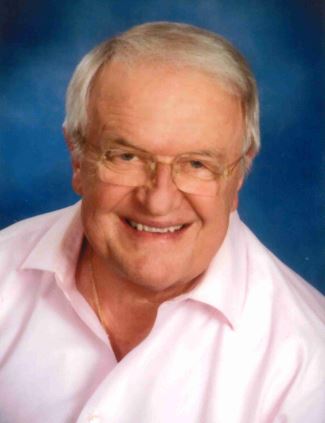 Jack was the eldest of two children born to Jack and Bessie Turner. He attended Fletcher Elementary school, Crockett Middle School, and Beaumont High School. He went on to attend Lamar University and Sam Houston University, where he earned his bachelor’s degree in business and Master’s in Business. After graduation, he began his career as a CPA.

He was married to Zoe Lee Minor on August 26, 1967 at Calder Baptist Church. Jack proudly served his country in the US Army from September 1967 to May 1969 during the Vietnam War. He attained the rank of SPEC 5 and earned the Vietnam Service Medal, Good Conduct Medal, National Defense Service Medal, and the Vietnam Commendation Medal.

Jack had a strong faith, he was a member of Second Baptist Church in Kingwood, TX. He loved God, his family, and friends.

He was involved in various CPA organizations. On February 8, 2021, Jack was nominated biological candidate to represent accounting professionals in the state of Texas for Who’s Who in America.

In his spare time, he enjoyed watching the Dallas Cowboys and Houston Astros play. When he was younger, he enjoyed hunting and fishing, coaching Cal and Chris, and loved watching movies, and the trips and time spent with family.

Among his proudest moments were his baptism, marriage, marriage of his sons, and the birth of his grandchildren. Jack was kind, generous, gentle, well-loved, and at times, very stubborn.

Please enhance this tribute to Turner, Jack C. by adding your condolences or memories. Click Here

Zoe--Jack was a friend and CPA for most of the properties KRJ Management managed while I owned the company. He always did a great job for me and I enjoyed our friendship and working relationship for many years. I will miss him.

Our heartfelt condolences to Zoe and family on their loss. Jack had a special kind of laugh that also made you laugh. He was a straight shooter and called things as he saw them. His tireless devotion to youth baseball in the Kingwood area was second to none. We enjoyed some great times together. I'm guess that God is putting a special group together and needed Jack's help. You're in our thoughts and prayers during this difficult time.

Zoe...you will not recognize my name, but you have opened your home to me. I am mary evrard’s sister snd stayed at your home when our previous jeff went home to the lord. And now, it is my time to say how sorry I am to hear of the loss of your beloved Jack. Let mary comfort you...she loves you so much. Our deepest comfort to you during this time. Sue and paul Gimby

Emma and I are very sad to hear the news of Jack's passing. He was definitely one of the good guys. We spent many many hours together working on the baseball program and enjoying being with the boys! We will really miss him.

Zoe - please accept our sympathies in Jack's passing. He was a wonderful person and will be sorely missed. May the Holy Spirit provide you and your family comfort in these times.