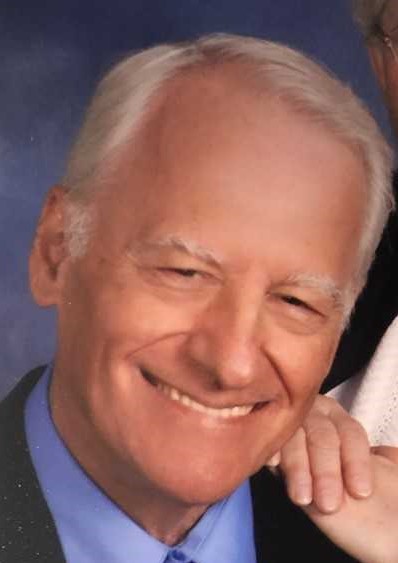 Ernest Peter Pozzi of Kingwood, Texas passed away on Sunday, July 11, 2021, at the age of 82. After several months of declining health, Ernie died peacefully with his wife, Eleanor, by his side. Ernie was a beloved father, grandfather, and great-grandfather. This gentle, loving, and caring man will be missed by his wife and best friend of almost 58 years and his children Michael, Richard, and Christopher.

Ernie was born on July 30, 1938, in Jersey City, New Jersey. The oldest of three children, Ernie, took odd jobs beginning at an early age where he learned to work hard and developed a strong work ethic. He enlisted in the Navy in 1960 and was stationed in San Diego, California, and Rota, Spain, where he worked reconnaissance missions.

Ernie married the love of his life, Eleanor Kent on July 25, 1964. They moved to Poughkeepsie, New York where Ernie worked for the next 33 years as a systems analyst for I.B.M. while raising their three sons. Upon retiring, Ernie and Eleanor explored a variety of opportunities and eventually moved to the Jersey Shore and then to Kingwood, Texas. Ernie’s part-time “retirement” job was working for Humble ISD driving a bus which he stated was to help keep him “busy”. Anyone who knew, Ernie, knew that it was more than a part-time job for him, he loved driving the students and their aides.

Ernie was active in his community and his church, donating time to a variety of organizations including: the Knights of Columbus, Prayer Warriors, Perpetual Eucharistic Adoration, and Young at Heart.

Ernie was preceded in death by his parents, Ernest and Enes, his sister-in-law, Lora Pozzi, and his brother-in-law, John Kurczewski. He is survived by his wife, Eleanor, brother, Eugene (Sally) Pozzi, and sister, Elaine Kurczewski; as well as his sons, Michael, Richard (Laura), and Christopher (Michelle). He cherished his role as grandfather to his grandchildren Nicholas, Gabrielle, Katie, Christina-Marie, Michael, Samantha, and Rachel. He was happy to learn of the recent birth of his first great-grandchild, Lincoln. Ernie is also survived by his nieces, Stacy and Christina, and his nephew, Joe, and their families.

Ernie will be forever remembered for his ability to make people laugh, his caring heart, and his unconditional love. His deepest hope was that his family was happy.

The family has chosen to do a funeral Mass and burial at a later date.

Please enhance this tribute to Pozzi, Ernest P. by adding your condolences or memories. Click Here

My condolences to Eleanor.

There will be a Visitation on Thursday, August 5, 2021 at Darst Funeral Home at 9:00am with a Funeral Service to follow at 11:00am in the Darst Funeral Home Chapel. The family has requested that all guests wear a mask for both services.

There will be a Celebration of Life for Ashley on Saturday, August 7, 2021 at Darst Funeral Home Gardens at 10:00 am.

Celebration of life will be held at Christ the King Lutheran Church on August 8th at 2:00.  The church is located at 3803 W. Lake Houston Parkway, Kingwood TX 77339.