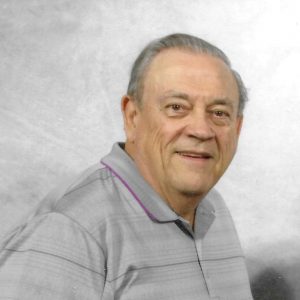 Lonnie H. Majors, died peacefully in his Kingwood area home surrounded by family.  Lonnie had been battling stage 4 cancer for a little over a year.

Lonnie is survived by his wife, Carolyn Majors, children, Britt Majors and Chris ‘Tipher’ Majors, his wife Jennifer Majors, and their daughter Kacie Majors.  He is preceded in death by his parents, Auvy and Dorothy Majors, his brother, Thomas Majors and sister, Sandra Majors.

Lonnie was born on July 28, 1945, in Milwaukee, Wisconsin.  He earned a football scholarship and attended Blinn College after graduating from Galena Park High School.  Lonnie proudly served in the United States Navy from 1966 to 1972.  He married the love of his life, Carolyn, November 27, 1970.  The couple welcomed two children into their home.  After fulfilling his duty with the Navy Reserves, Lonnie started as a Sales Executive at Kellogg Company.  In 1977, Lonnie purchased his first Auto Parts store in Liberty, Texas.  He would later open additional locations before retiring from the business in 2000.  A little over a year later, he started at Continental Airlines and retired in 2019 from United Airlines.  His children remember their father as witty and driven and he instilled in them his fierce work ethic.  He was a trusted confidant and took part in every major life decision they made.

Lonnie was passionate about his position as a High School Football Official for the past 40 years.  He was also a private airplane pilot with a hanger in Cleveland where he kept one of his prized positions, his plane, his kids lovingly called Lima.  Lonnie was an avid golfer and enjoyed playing with his forever golf partner, his brother-in-law, Kenneth Gore as well as his friends from high school.  He also played with a wonderful group of friends he met while working at United Airlines.  He and his wife, Carolyn, enjoyed traveling and cruising the globe.  He was a dedicated member of St. Martha Catholic Church in Porter.

A funeral mass will be held at St. Martha Catholic Church on Wednesday, 4301 Woodbridge Pkwy, Porter, Texas 77365, August 4, 2021 at 11:00am with a Veteran Burial at Houston National Cemetery, 10410 Veterans Memorial Dr. Houston, Texas 77038, to follow at 2:15pm.  All are welcome to attend and celebrate Lonnie’s life. The family would like to thank the amazing staff at Bayou City Hospice for their care and the dedication of his medical team with Memorial Hermann Health System.

We are all praying for your family during this time. Sorry for your loss.

Lonnie will be missed, truly enjoyed working with him.

So very sorry for the families loss..

Lonnie will be greatly missed. I loved working with him at Continental/United Airlines.

Prayers for peace and comfort.

Lonnie, you will be greatly missed. My deepest condolences to your family.

I’m so sorry to hear of Lonnie’s passing. My prayers are with your family.

Lonnie will be Greatly Missed!
Sorry for your Loss and Prayers for the Family!!!

Thank you for what you did for High School football Lonnie. It was a pleasure to officiate along side you.

Lonnie(aka)Big Chief known on the football field will be missed this season Lonnie died on the day the picks happen thats when coaches choose the officials for the year and Lonnie love football road trips as he called them and we got a ROAD trip this Lonnie we are going to van vleck. Buddy fly high and watch over us this year .

May you find Peace & Love in the hands of Jesus

My sincere condolences the Majors family. Although I didn’t know Lonnie extensively, I know he was a great husband and father by way of his wonderful wife! Much love to the family.

I had the privilege of working with Lonnie for a few years at ExpressJet where we all considered each other family. A few years later ago United Airlines merged we had the opportunity to expand our staff and the 1st person I knew I absolutely had to have as part of the team was Lonnie . He was the most dedicated employee at every job he had and hope to instill that work ethic in others. He also lived up to the motto Work Hard , Play Hard as we had tons of laughs on the golf course. Your family will have many memories to help sustain them in this time of grief. Please know that you were always appreciated and will be missed greatly! Play a round up there for me and you always said “Keep it in the short grass”…

The Interline bunch misses you, sir. We really, really do.