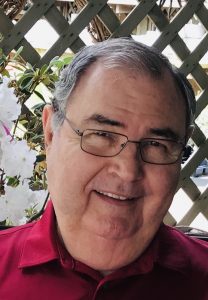 Owen Bunn, 83, went to meet his heavenly Father on Tuesday, September 14th, 2021. He was born just outside of Lake Village Arkansas (Near McMillion’s Store in Chicot County) on July 25th of 1938.

Owen attended Lakeside Elementary , Lakeside Junior High and Lakeside High School in Lake Village Arkansas where he played football and his team went undefeated his Jr. year. He attended Tulane University on a work scholarship and briefly played football at Tulane before obtaining a bachelor’s degree in business from Tulane University in 1960. He continued is education in 1973 where he attended BAI school at the University of Wisconsin. Owen was married to his wife, Pat, for over 62 years. They started their life together in New Orleans Louisiana, then moved to Gulfport Mississippi when Owen started working for Hancock Bank when he graduated until his retirement in 2003 as Vice President of the bank. After his retirement they moved to Houston Texas. They were members at Metropolitan Baptist Church and then moved to Tallowwood Baptist.

Owen was a devoted husband and father. He is survived by his wife Pat, his two children Debbie and Doug. He was blessed with 9 grandchildren and 8 great grandchildren. He was active in his church; loved to travel and play bridge. He was also an avid reader. Owen enjoyed classical music an appreciation that he was able to share with his grandson. He and Pat bravely took their grandchildren (in pairs) on two-week car trips to see parts of the US of their choice. Owen touched so many lives and will be missed greatly.

In lieu of usual remembrances the family request donations to the charity of your choice.

One condolence on “Bunn, Owen”

Dear Pat, My sincere condolences on the loss of Owen. He was always a perfect gentleman at the bridge table, even when have to deal with novices such as me.
With deepest sympathy,
David Morris