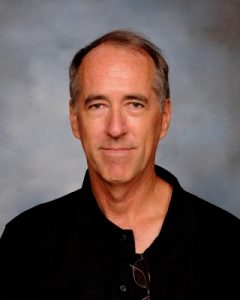 John Claybrook Lister, age 65, of Humble, Texas, went to his heavenly home on Saturday, May 7th after a brief battle with cancer. He is survived by his loving wife Nataliya Lister, stepdaughter, whom he called “my daughter”, Tetyana (Matthew) East and their daughter Sofia, and sister, Susan Lister. He is preceded in death by his parents Ann and Stanley Lister.

John was born in a Naval hospital in Virginia. He grew up in Phoenix, Arizona, ultimately spending his High School years in Hot Springs, Arkansas. At 5 years old he decided he wanted to be in the military. By God’s grace he was allowed to join the Army despite a disqualifying medical condition. He knew he was on the right path. John attended New Mexico Military Institute in Roswell. He became a parachutist at 18, graduating at 19. After further training, he became an armor officer at 21, younger than most. He went on to become a U.S. Army Ranger. Upon his return from deployment in Germany, John joined the Texas Army National Guard and switched to artillery in 1985. He retired from the military as a Lieutenant Colonel, having served in the Gulf War and the Middle East.

Outside of military education, John received his Landscape Architecture degree from Texas A&M, Bachelor of Science in Mathematics Teacher Education, and Masters of Education from the University of Houston. Teaching was his passion. He taught High School geometry and algebra, first for Houston Independent School District, and for the last 13 years at Houston Christian High School.

John was a devout Christian since eight years old. He loved Jesus with all his heart. He studied God’s word and ministered for many years in Sunday school at Faith Family Baptist Church and in prison ministry. John was also a devoted and caring husband.

A lifetime gardener, he was always tending vegetables in his back yard. He enjoyed playing racquet ball, was a certified scuba diver, had a black belt in karate, collected model trains and built elaborate stages for them. He continued the family tradition of building early American doll houses and furniture, including birdhouses. His miniatures were featured in a Christmas window at Neiman Marcus. He was very knowledgeable in all things; his family called him a “walking encyclopedia”.

A memorial service will be at Darst Funeral Home on Tuesday, May 17th, 2022 at 9 a.m. located at 796 Russell Palmer Rd, Kingwood, TX 77339. Friends are welcome. Private interment at Houston National Cemetery.

Dear Natalie’s, I’m sorry to hear about John’s passing. He impacted lives in so many positive ways and I’m glad to have known him during my time at FFBC. You are in my thoughts and prayers. May God comfort and strengthen you and give you peace.
Sincerely,
Jeanne

Sweet Nataliya and family, thank you for sharing John’s memorial service via video for we who were unable to be with you. You and John are priceless treasures in my memory since first we all met in 2003 @ FFBC! I praise God we will one day all be worshiping our LORD Jesus together in our eternal home. Our Heavenly Father is faithful to lovingly caring for you as He guides you in your continued living to honor Him with your love and gratitude for Christ’s redeeming grace in your life! Grace and peace through our LORD Jesus Christ my precious sister in Christ!

Dearest Natalyia,
We were saddened to hear about your loss and so very thankful for the fond memories of the times we had together. Wishing you courage, strength and love to help you in this season of life.
Much love, Richard & Fran Allen
Pearland, TX
“He heals the broken-hearted and binds up their wounds.” ~ Psalm 147:3

So sorry you lost John at such an early age.
His life was full of adventure. He lived a Godly example, serving others and his country. We are all so honored to call him friend.
May the Lord Bless you and keep you my friend.
Wendy Pinkney