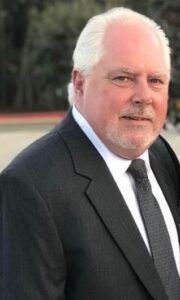 Anthony Charles Fordyce, was born in Denver,  Colorado on July 25, 1962.  He was born to Charles and Loretta Fordyce. Anthony was the youngest of three, Julie and Vicki being his older sisters. Anthony took his last breath on March 26, 2022 in Houston, TX.
“Tony” is survived by his beloved wife, Maria Coon-Fordyce; sons, Evan and James (Ashley); daughter, Katherine (Carlos); grand-children, Alexandra Maria and Camden Anthony; and his sisters, Julie and Vicki.
In 1980, Anthony Charles Fordyce enlisted in the U.S. Navy at the age of 18 and valued his service highly. He served in the U.S. Navy for over 10 years. As part of his service, he served as a proud VA-46 Clansmen on the attack squadron of the United States Navy, Attack Squadron 46, and traveled through many parts of the world. He  later pursued a degree in Culinary Arts at The Art Institute of Colorado. Anthony worked in the food industry throughout Colorado, Florida, and Texas for over 25 years.
Tony was a passionate man with a vivacious spirit who loved his family dearly. He was a friend to many and was known for his big heart. Tony was passionate about many things, especially cooking. Sundays were infamous for feasting with family. Cooking was how he made his love visible. Tony dedicated his Sundays to family dinner, football, and Yellowstone. There was a great complexity to him, he knew the importance of family and enjoyed his time spent with family and friends. Anthony’s strength was in his character. He was a strong man, a great man of wisdom and understanding, family was always his top priority. His love and generosity was beyond measure.
Anthony, “Tony”, “Papa”, or known by his Navy buddies as “Skin”, or however you may remember him, will live in our hearts forever and will be remembered always by his wife, children, grandchildren, sisters, nieces, nephews, and everyone who had the pleasure of meeting him.

A visitation will be held at Darst Funeral home Thursday April 7th at 5PM. A service will follow Friday April 8th at St. Martha's Catholic Church , 4301 Woodridge Pkwy at 11AM

Dear Maria, Julie, and Vicki,
I was so sorry to hear of Tony’s death. He was a sweet little boy.

I am so happy I was able to talk with him when he and Maria were in FL.
My love and prayers, Aunt Jan Quinn.

I am so sorry to hear of Tony’s passing. Though the years we have some exciting times. Be in the Colorado camps grounds off camping to an exciting time in Vegas. Many nights spent around the table, in the backyard, or in the pool.
Well Tony I know you will meet up with the Old Man and have a ga wonderful reunion.
Pray and thoughts with to your family.
The gates of heaven have opened for you..
Mary