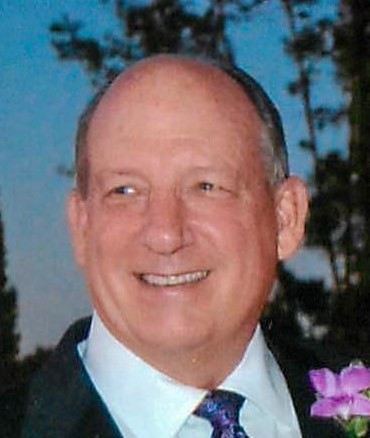 John Stevens Buckingham was born January 3, 1947 in Palo Alto, California and passed away Tuesday, August 16, 2016 at the age of 69.  John was reared in Pasadena, California and at the age of twelve his family moved to San Marino, California where he graduated from San Marino High School in 1965.  Growing up John spent many a memorable summer surfing the waves at San Onofre Beach, California. Following his graduation from the U.S. Naval Academy at Annapolis, he was deployed overseas to serve for two tours of duty in Viet Nam finishing his Naval career at the rank of Commander. John loved to serve those around him and thus spent several years involved with The Tournament of Roses Parade. As a Mechanical Engineer, he earned the respect of all he worked with in the Fire, Safety and Protection industry. Because he had a servant’s heart, his friends and peers admired his trait of always keeping the needs of others first, his integrity, and his sense of humor which never failed to keep a smile on those around him. John’s love of music led him to be elected president of the Kingwood Pop’s Orchestra from 2012 to 2014. John is preceded in death by his adoptive father Edgar C. Buckingham and brother Gary E. Weller. He is survived by Diane Chisam whom he married in in 2013; mother, Polly Buckingham of Aliso Viejo, California; daughter, Kimberly A. Buckingham, son, Tyler T. Buckingham; three step sisters, Margaret Buckingham (Doug Tolbert) Elizabeth Slight (Daniel); Catherine Buckingham; step son, Whitaker Chisam (Kelly); step daughter, Jessica Goulding (Nick) and their children Nathaniel and Havia Goulding. His life was celebrated at a service held 2:00 pm Saturday, August 20, 2016 at Kingwood First Presbyterian Church.

To view and submit images or to sign the guestbook, visit http://www.mem.com/751742

Funeral: A funeral service was held on 2016-08-20 at First Presbyterian Church of Kingwood.

Please enhance this tribute to Buckingham, John S by adding your condolences or memories. Click Here

A Celebration of Life will be held for Troy Greene on Saturday, October 2, 2021 in the Darst Funeral Home Gardens at 11 am.