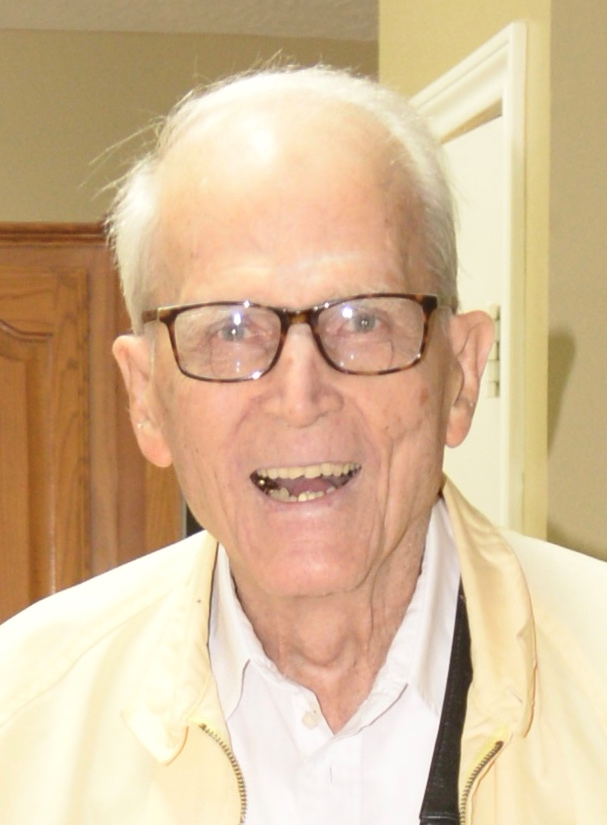 Chuck Duran, 93, passed away May 23, 2018 from Congestive Heart Failure. He was born in Francis, Oklahoma August 24, 1924. After graduation he became a B-17 Radio Operator and Gunner in the Army Air Corps and was honorably discharged after World War II was over in 1945. He earned a BS and MA in psychology from The University of Tulsa. He spent his 36 year career in the Human Relations and Property Tax Departments with Exxon.

When he retired he pursued many hobbies, some of which were traveling, photography, and expanding his role as GrandDaddy. He was a Silver Life Master in Duplicate Bridge and directed games for years. He loved quail hunting and training bird dogs, which he did into his 90’s. He was an exceptional shot and encouraged his grandsons to become as well. Chuck and Ruby enjoyed taking cruises during their retirement years.

In lieu of flowers, donations can be made to BridgePoint Bible Church Rebuild Fund 13277 Katy Fwy. Houston TX 77079. Memorial Service will be June 4, 2018 at 10:00 at Houston National Cemetery.

To view and submit images or to sign the guestbook, visit http://www.mem.com/7866564

Interment: A formal interment was held on 2018-06-04 at Houston National Cemetery. Attendees to arrive in Lane 1.

Please enhance this tribute to Duran, Charles E by adding your condolences or memories. Click Here