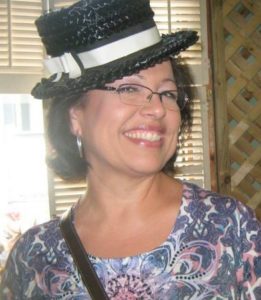 Helen Micaela Sherrell Guest (Mimi) went home to be with the Lord surrounded by those she loved, on Tuesday, April 21, 2015 at 11:00am in Houston, Texas at the age of 51.

Helen was born on June 9, 1963 in Houston, Texas to Tildon and Maria Sherrell. She grew up in Highlands, TX and attended Ross S. Sterling High School in Baytown, TX. She married her sweetheart on April 24, 1981 which would be 34 years on Friday April 24, 2015. Phillip and Helen moved to Crosby in June of 1986 to raise their family. Helen was known as a friend, aunt, great aunt, cousin, mother and grandmother. Most recently she was best known as Mimi the person who would do anything and everything for her children and grandchildren as well as so many others in her life. She had spent many weeks, days, and hours chauffeuring grandkids to appointments, spending time at school functions, lending a hand when they were sick, staying at a hospital, or just cuddling and watching cartoons even SpongeBob. She served as a volunteer and worked as a medic and dispatcher for Harris County ESD #5 for many years. She enjoyed working as the Billing Clerk at San Jacinto Chiropractic Center and made life long friends. She was a devout Christian and member of First Baptist Church Crosby in which she served in countless ways.  She had a great passion for serving at Mothers Day Out and Children’s Sunday School Classes. Helen always loved going on the Women’s Retreats, attending Bible Studies, and Women’s Sunday School Class. She really enjoyed watching sports and going to sporting events to include Football, Basketball, and Baseball. Especially to support and cheer for her kids and grandkids. She enjoyed cooking, playing games, and visiting with family and friends. She always had a vibrant smile and loved her life.

Visitation: A visitation was held on 2015-04-24 at First Baptist Church of Crosby.