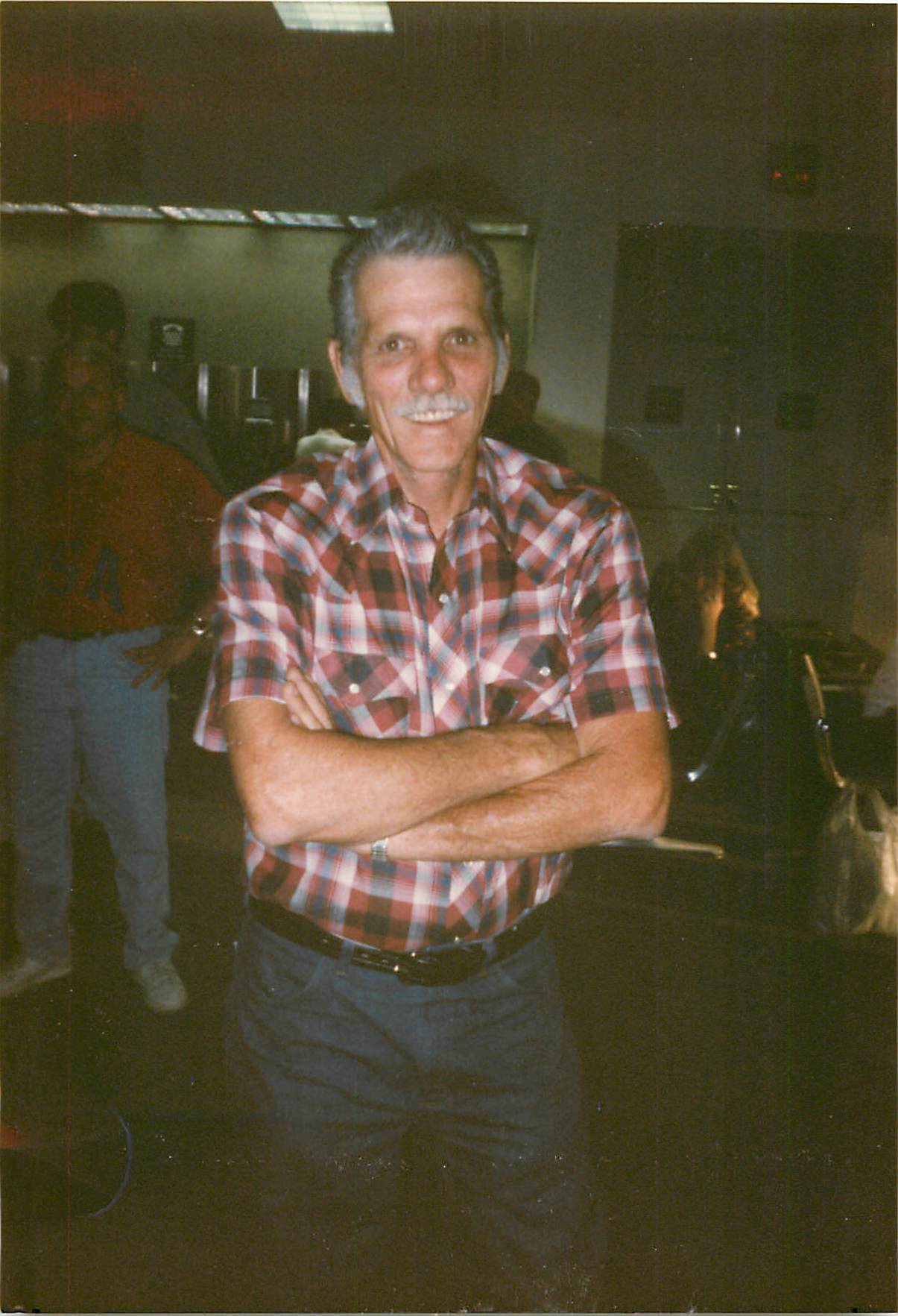 Allen E. “Gene” Jackson of Houston, Texas passed away November 3, 2017 at 78 years of age after a lengthily fight with cancer, he passed quietly to be with the Lord, surrounded by family and friends.
Gene joined the NAVY in 1954 as a cook and served his full enlistment in San Diego, Ca. after his discharge in 1958 he drove tow trucks for a short time before returning to Texas to start his career as an Electrician with IBEW Union Local 716, where he retired in 2001. Gene was an exemplary electrician who’s work stretched across Texas from the Greenspoint Mall, Houston Astrodome, Houston Methodist Hospital, Minute Maid Park, Budweiser, Hermann Memorial Hospital Life Flight Center, and South Texas Nuclear Power plant. He worked many years as a Boy Scout leader through all three of his sons, his grandson, and many years after the last generation of Jacksons had left the scouts. He enjoyed coaching Little League through his two oldest son’s childhood.  He was an exceptional man that was always willing to help friends, family, and neighbors in need from shade tree mechanic, to electrician, to friend. One of Gene’s greatest joys was being a father to his boys, a grandfather, and a loving husband to his wife Betty of 51 years. Gene is preceded in death by daughter Cynthia Ann, parents Hermann and Cassie Jackson, and sister: Maxine Young. Gene is survived by wife Betty Jackson, brother Douglas Jackson and wife Dolores, sons: Gregory Jackson and wife Julie, Steven, and Charles. Grandchildren:  Travis Jackson, Kayla Jackson, Keri Jackson, Kayla Poland & Clint Poland. Great grandchildren: Thomas Poland, Rilyee Foster, Ryan Foster and many nieces and nephews and extended family and numerous friends.  A visitation will be held from 11:00 a.m. to 12:00 p.m., Saturday, November 11, 2017 at First Methodist Church, 800 E. Main Street, Humble, Texas 77338. Funeral services will follow at 12 noon. Graveside services will be at 1:30 p.m., Saturday, November 11, 2017 at Brookside Memorial Park, Houston, Texas. Arrangements under the direction of Darst Funeral Home, Kingwood, Texas.

Visitation: A visitation was held on 2017-11-11 at First Methodist Church Humble.

Please enhance this tribute to Jackson, Allen by adding your condolences or memories. Click Here