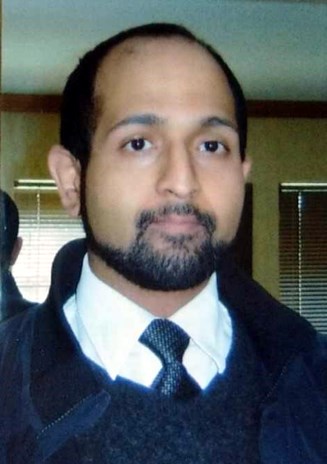 Roshen Jacob John who was affectionately known as Rosh, John and Chachen was born on April 30, 1978 in Fort McMurray, Alberta, Canada to Jacob and Susan John.  He is survived by Asha John and Noah John Korah and too many other people to list, both relatives and friends who were also his family.

He earned a Bachelors degree in Political Science and Psychology from McGill University in Montreal, Quebec and a Certificate of Journalism from New York University.  More than his degrees, he had a deep knowledge and insight into many fields including history, art, music, philosophy and politics, just to name a few.  Anyone who was fortunate enough to have a good conversation with him knew he was intimidatingly smart in so many areas, but had zero air of arrogance.

Roshen played with computers early on.  He worked in the IT field because that was a learned skill that he mastered.  But he had the ability and passion to do much more. He was so humble that many people did not know he was a great artist or writer.  He only shared his work with people he was very close to. His art brought him much peace.  He loved to draw and also loved to teach and encourage kids to draw.  There is a patio table in his backyard that has his drawings and the drawings of a couple of little girls that called him Tio John (Uncle John).  There may be a game of Hangman somewhere on that table.

He was a sensitive, artistic, creative, non-judgmental introvert who loved fiercely.  He was nice to everyone he met, unless there was a legitimate reason not to like them.  He was so honest in his dealings with people that you knew how he felt and where you stood.  He had an extremely tough exterior but he was a softie on the inside.  If he truly loved you, he would show all of his anger and sadness and maybe yell and curse but then he would show and also tell you how much he loved you and would do anything for you.  He was the type of person to drop everything for those he loved.  After Noah, his nephew was born, he showed his love more openly to everyone.  I think Noah changed his core and he changed Noah. Although Noah is only 3, they had a special bond.  I think he knows very clearly how much his Chachen loved him.

He moved to New York City in 2000 with his sister, Asha.  For the majority of the past 18 years, he was living in Brooklyn and working at various companies in the city.  He never settled and was extremely passionate.  Because of that, he was always searching for a good place to work with good people and a cool mission.  He was not someone who could just work at a company and make a big paycheck. He was the same with women.  Because of his personality and charm, women loved him. I am not sure if he knew that though.  He was always picky and looking for someone amazing.  I don’t think anyone was ever really good enough for him, but maybe I am biased.

To say that he will be missed is an understatement.  His passing is sudden and tragic and will leave a mark, but I know it will leave a beautiful mark in everyone’s heart, especially the ones that got to really, truly know him.

His paternal grandfather, Professor PA John, was someone so dear to Roshen’s heart. Right now I imagine they are sitting somewhere and talking and laughing and smiling down.  I can also hear him saying that he doesn’t want anyone to be sad or mourn.  He would want everyone to celebrate and enjoy the party that he created by getting so many people together.  Let’s please celebrate my bestfriend in the whole world, Roshen Jacob John.

To view and submit images or to sign the guestbook, visit http://www.mem.com/7945125

Please enhance this tribute to John, Roshen J by adding your condolences or memories. Click Here