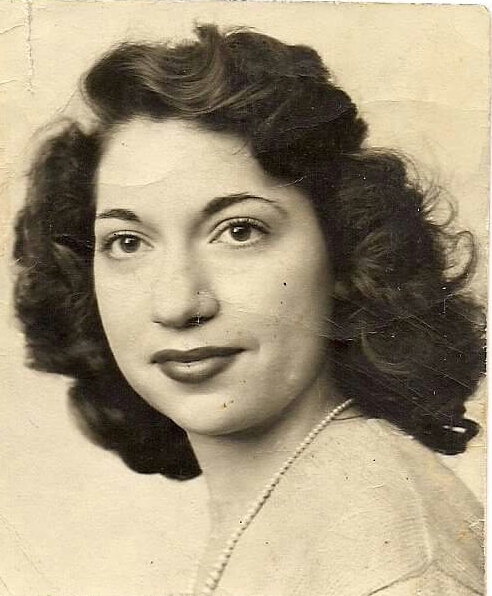 The world became a place of lesser beauty with the passing of Lucia Giuseppina Artino Kratz, 85, born November 13, 1929 in Cleveland Ohio. She passed away on October 29, 2015 at Methodist West Hospital Katy, TX.,  with family at bedside.

Lucy Jo, Meemaw, or Jozie as she was called, loved Jesus and her family. She was the daughter of proud, patriotic Italian immigrants with family origins from Sicily, Vincenza and Salvatore (Jenny & Sam) Artino. She is preceded in death by her parents, her husband of 22 years, Richard Lawrence Kratz (passed away in 1975), her beloved older sister, Teresa Cordaro, and her younger brother,  Benedetto (Ben) Artino.

A long-time resident of Houston, she was a member of the Catholic Co-Cathedral, where she was employed as a Soprano soloist with her phenomenally beautiful  voice for several years, and performed at St. Frances de Sales especially Christmas. She sang 25 Jones Hall Operas with the Houston Grand Opera, having begun her career in Cleveland at the Karamu theater. She was offered a contract to New York but turned it down to become a devoted mother, wife and follower of Christ. She belonged to St. Vincent de Paul  Catholic Church, enjoying Father Bill’s Life Teen service.

She attended the Cincinnati Conservatory of Music on a full scholarship, where she met her future husband, who was recording the students, and attending pharmacy school. She designed the Central Pharmacy at St. Luke’s and supported her husband who instituted unit dose and a satellite pharmacy system, while he earned his master’s degree. She worked in the Houston schools for 29 years as an art and substitute teacher, clerk typist, and telephone operator. She was known for her creativity and resourcefulness. She wrote and published poetry, musical plays for children and with the Girl Scouts that were performed in Houston public libraries and schools.  She designed and made jewelry for her friends, family and nurses, and loved to draw.
Her happiest times were when she spent time playing, drawing and entertaining her grand and great grandchildren and loved having her family and friends around her.  She loved all of Gods creatures and participated in animal rescue and rehoming. Now She joins her childhood friend who recently passed, Shashana Long (Shoney), who encouraged her to write her memoirs. “Lucy Jo’s” love of the Church and Christ were expressed through her poetry and her beautiful  gifted voice from God. She shared both her writing and poetry to all she came into contact with….family, friends, strangers.  She lived to share the word of God.

There will be a wake Wednesday evening from 6 to 8pm on November 4th at Darst Funeral Home 796 Russell Palmer Rd, Kingwood, Tx 77339.

Followed by a burial at 1pm 13102 North Fwy, Houston, TX 77060 at Earthman’s Resthaven Cemetery next to her beloved Husband.

A reception will be given in her honor at the VFW hall on FM 494, Kingwood, Texas.

To view and submit images or to sign the guestbook, visit http://www.mem.com/665514

Please enhance this tribute to Kratz, Lucia LJ by adding your condolences or memories. Click Here