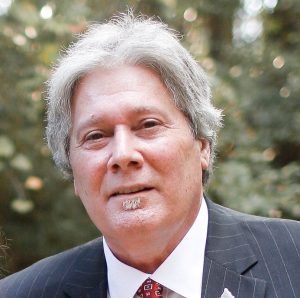 Larry Dan Jackson, 69, passed away on January 22, 2022, after a courageous 2 1/2-year battle with cancer. Larry was born in Houston, Texas on December 13, 1952 to Prentice Jackson and Doris Watson Jackson. He graduated from Galena Park High School in 1970 and attended Southwest Texas State University (now Texas State University). He began work at UPS, loading trucks at night, and retired as a division manager after 25 years with the company. Larry married Karen Pyle in Monterey, California and together they raised their 2 daughters, Meagan Rochelle and Lyndsey Elizabeth, in Rockwall before moving with the family to Huffman, where he remained until his death.

Larry loved traveling, golf, hunting and all manner of sports, especially the Dallas Cowboys! He had a passion for music, playing the drums and attending an endless number of concerts during his life. He found great joy in playing drums with the Worship Band at Atascocita Community Church. But most of all he loved his family, and was a true Girl Dad, attending all of Meagan and Lyndsey’s school and sports activities and taking pride in all that they accomplished. His greatest joy came when he became a grandfather to Ruth Ann and Violet Kay. He loved all his girls and never missed an opportunity to talk about them or share their latest pictures.

Larry was preceded in death by his parents, Prentice and Doris Jackson and his treasured grandparents, Lee Marvin and Daphna Watson. He is survived by his daughters, Meagan Jackson of Denver, Colorado and Lyndsey Jackson Parks, her husband Drew and their children, Ruth Ann and Violet Kay of Muscat, Oman. He is also survived by his brother Gregory Jackson and wife Jacqueline of Corinth, Texas, his sister Kimberly Jackson Talkington and husband Greg of Melissa, Texas, his former spouse, Karen Pyle Jackson of Humble, Texas, as well as his nieces and nephews, Matthew (Veronica), Lauren, Daniel (Charity)and Brian Jackson and Rachel, Jonathan (Sarah), Joshua and Jacob Talkington, and great nephews and nieces, Eli and Owen Jackson, Emilie Jackson and Alexis Finch, and Emma Talkington.

One condolence on “Larry Dan Jackson”

Dear Jackie and Greg,
I never had the chance to meet Larry, but I know he was well loved by his family. I wish him peace, and hope the family has fond memories.