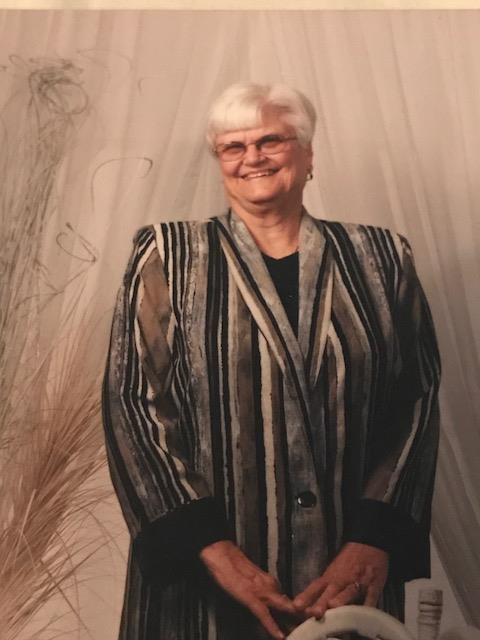 Imogene Grace Gregory Lindsay, 90, of Porter, Texas passed away Friday, October 27, 2017. She was born in Kaufman, Texas to William and Jennie Gooden Gregory who both precede her in death. She was also preceded in death by her husband, James Lindsay; son, Gerry Lindsay; sisters, Patricia Gregory Murphy and Billie Doris Gregory.

Imogene was raised in Conroe, Texas and graduated from Conroe High School. She then married the love of her life, James Lindsay on September 13, 1947. They moved to Houston to start their life together as Mr. and Mrs. James Lindsay. They made the move to New Caney in 1972 where Imogene became a devoted member at Porter Baptist Church. She also was a member of the Order of the Eastern Star.

Visitation: A visitation was held on 2017-10-30 at First Baptist Church of Porter.

Please enhance this tribute to Lindsay, Imogene G by adding your condolences or memories. Click Here