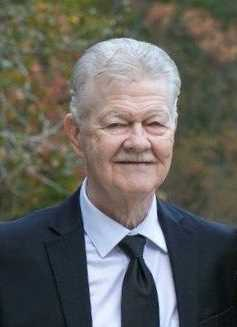 Robert Eugene Moyer, age 74, passed away suddenly on April 11, 2018. He was surrounded by loving family.

Robert was born September 8, 1943 to Paul and Mary Ellen Moyer in Marion, Ohio joining their two other sons, John and Thomas. Later to follow was his younger sister, Dianne. He graduated from Prospect High School in 1961 and stayed in touch with friends he made for the remainder of this life. He earned a Bachelors of Science in Mechanical Engineering and loved any kind of gadget.

Robert grew up on his family farm in Prospect, Ohio and loved to tell stories of how rough life was at times; he told of the 5,000 chickens and having to get up early in the morning to tend to chores. A favorite story of his was about the time he shot his grandma Kate’s roosters head off because it kept attacking him, while also putting a hole in her barn in the process. He was never short on stories or one liners and would always give his opinion bluntly, without a filter as he saw things. There weren’t many things he couldn’t do or fix and reveled in a challenge. He was definitely an “old school” kind of guy that would rather take the time and effort in fixing something than throw it out and replace it.

He loved fishing, boating, golf and guns. Robert would talk endlessly about politics and enjoyed sharing his commentary on society. He would talk to anyone, especially waiters and people at their jobs. We think he thought his life’s mission was to give them something to think about or throw them off kilter. He would say things to confuse them, like ordering wine without lemon or asking for a booth at a restaurant with only tables. Some of his sayings required too much thought and were lost on most; replying to any waiter that would say “absolutely” to any request, he would say “I didn’t order vodka, I wanted wine” with the waiter not understanding he was referring to Absolut vodka.

In December 1971, Robert married Susanne L. Black, who at the time had two young sons, Richard and Robert. Instead of an engagement ring, Susanne asked for a dog for her kids. We think she would have rather had the ring as the dog ended up being a bit crazy. They lived in Lakeland, Florida and were later joined by their first child Cynthia, born in 1974. Following that, they moved back to Marion, Ohio and in 1976, they welcomed their second child, David.

He was preceded in death by his older brother John Moyer, sister Dianne Moyer, both of his parents, Paul David Moyer and Mary Ellen Moyer as well as his grandchildren Derek Moyer, Dustin Moyer and Amber Moyer.

To view and submit images or to sign the guestbook, visit http://www.mem.com/7822183

Please enhance this tribute to Moyer, Robert E by adding your condolences or memories. Click Here