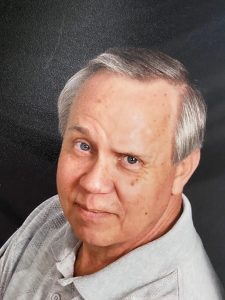 He came into this world on 12/28/1949, born to Peter & Dorothy Bilnoski in Houston, TX. He peacefully passed on 2/3/2022. Paul was the 2nd of 10 children. He never met a stranger, was known for being great with children and was an advocate for a smile, wave, and a gentle honk as a reminder to drive friendly! He had a great love of music and could always be heard singing, humming or whistling a tune.

He graduated from Jeff Davis High School and attended the University of Houston before embarking on the beginnings of his dream job in the record industry. He was drafted into the US Army a short time later – April of 1970. He is a veteran of the Vietnam War. After coming home, he began his career with Southwestern Bell in 1974.

He was married to Mercedes, the love of his life, on January 7, 1978, at St. Patrick Catholic Church in Houston, TX. They enjoyed many years of travelling and going on adventures together. In 1985, their daughter Nicole was born, and she was the joy of his life. He was an amazing father and later grandfather. He retired from AT&T in 2009 after a great run of 35 years. In his newfound free time (learning how take off his watch!), he was constantly finding projects to get into and helping others. He and Mercedes were finally able to go relax and enjoy time at their Lake Livingston house.

He was a member of St. Martha Catholic Church in Kingwood, TX and has served in various ministries over the years.

The services to be held in celebration of his life are per the following times and locations:

Funeral Mass – 11AM, with escort to cemetery for committal service directly following the mass

I always admired and respected Paul, as both my brother in law as well as living his faith openly and sincerely. He was and always will be a great man in my eyes.

Paul was one of my Holy Name friends. He and his entire family were staples at the church. He was indeed a person of smiles. Always there with a positive attitude. I remember the car rides to CYO with his brother and sisters in the back of my ’49 Ford. We shared classes at Jeff Davis where we continued our friendship. He will be missed but thankfully I have those memories.

Paul always made you feel like he was happy to see you. What a wonderful testament to the Faith.
Praying that God surround you with His comfort and peace in this time.

Paul and I were in the same grade at Holy Name School. He was always a good student and treated everyone with respect. Our families became friends through the church and we shared many car pools. I recall when I met Mercedes at my cousin’s wedding. I knew Paul had found the forever love of his life. Please know that my family is praying for the Bilnoski family during this difficult time. Love to you all.

Met Paul at Southwestern Bell in the mid 70’s. Awesome guy that always had a smile which made you smile. Always willing to jump in and help anyone in need. I lift up his family for comfort and healing.

Met Paul at Southwestern Bell in the mid 70’s. Awesome guy that always had a smile which made you smile. Always willing to jump in and help anyone in need. I lift up his family for comfort and healing.

Paul and Mercedes helped me get into what was then known as the plant department! He was one of the kindness person in that department! To Mercedes and his family may God be with you all and I know you have great memories of such a great guy! My condolences and prayers are with you!

I met Paul and Mercedes at the SWBT Weslayan Building in the 70s. We worked for the same 2nd line in the 90s. Good memories! Paul always had a way of making you laugh. Prayers to Mercedes and family.