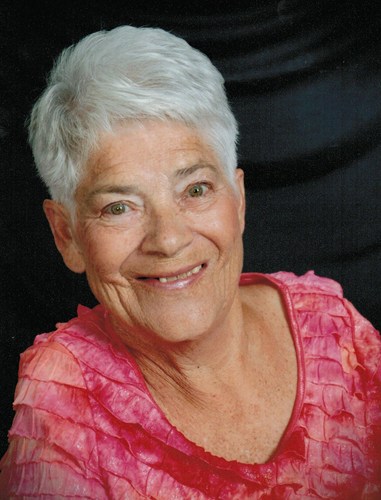 Eef Place, 78 of Kingwood, Texas, passed away on February 11, 2013. Eef was born and raised
in The Netherlands. In the early 1960’s, she traveled with an American family to the United
States. Not long after arriving in America she met her husband, Lloyd Place. They resided
in California for several years and eventually transferred to Houston with the company they
worked for. They settled in Kingwood in 1974. Eef and Lloyd never had children together.
Eef loved working in her yard, playing with her dogs and cats, and watching the birds. And
she continued to do so after her stroke as much as she was able. She loved camping in the
great outdoors; was an avid reader; and enjoyed doing word search puzzles. Her concern and
compassion for others in need was apparent in her donations for disasters such as Hurricane
Katrina, the Haiti Earthquake, and most recently Hurricane Sandy.

Visitation and Funeral Services were held at Darst Funeral Home on Sunday, February 17, 2013
with The Reverend Fred Dallas officiating.

In lieu of flowers, donations can be made to The American Heart Association or to The Christian
Children’s Fund.

Visitation: A visitation was held on 2013-02-18 at Darst Funeral Home. In lieu of flowers, the family suggests donations to the American Heart Assoc. or to The Christian Children's Fund.

Please enhance this tribute to Place, Eef by adding your condolences or memories. Click Here

Services will be at River Pointe Church at 21000 Southwest Fwy in Richmond, TX, with visitation from 11 a.m. to noon with funeral to follow at 1 p.m. A celebration of EZ’s life will follow at Scotty's Saloon at Old Trading Post (114 Agnes, Richmond, TX).