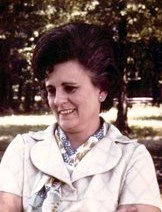 Jacqueline Pauline Taylor (Jackie) was born on April 16, 1926 in DeQuincy, Louisiana to Lando Augustus and Mabel Spiller.  She passed into the arms of her Savior on Saturday, February 7, 2015, in Houston, Texas.  She is survived by daughter Wyann Taylor Guice (Bill) and son James Taylor, granddaughter Heather Langston, grandson Mike Guice, granddaughter Shawne Lukken, great-grandchildren Tristan Langston, Trinity Langston and Koby Coppen.  She was preceded in death by her husband Tommie Taylor, Sr., Daughter Tura Linscomb and son David Taylor.  She was lovingly known to her children, grandchildren and great-grandchildren as “Memmy.”

Known to her many friends and co-workers as “Jackie,” she spent many years in retail sales with Sears, Roebuck & Co., managing the catalog department in the Sears store in Lake Charles, Louisiana, and later managing a catalog sales store in Sulphur, Louisiana.  She was a long-time member of First Baptist Church in Sulphur, where she enjoyed singing with the “Aging Cajuns” choir.

She was an Air Force wife and moved often, living in Kansas, California, Florida, London, England, Bossier City (Barksdale AFB).
In her later years, as her health declined, she lived at Northwest Health and Rehab.

To view and submit images or to sign the guestbook, visit http://www.mem.com/6314713

Please enhance this tribute to Taylor, Jacqueline P by adding your condolences or memories. Click Here