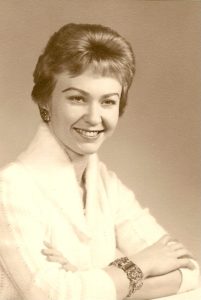 Mary Frances Williams, age 77, passed away in Jacksonville TX on February 3, 2017 with her sister there next to her.  Mary Frances was born to Linzie Luther Williams and Frances Adelle Copeland Williams on April 6, 1939 in Palestine, TX.  The family moved to Rockdale, TX in 1953 where Mary Frances was a graduate of Rockdale High School in 1957.  From there, Mary Frances attended Durham Business School in Austin, TX and in later years she attended Houston Community College and the University of Houston in Houston, TX.

She was blessed with one son Ricky Andrew Williams on July 10, 1962.

The majority of Mary Frances’ adult life was spent living and working in Houston, Texas as an Administrative Assistant, then a Technical Writer and then a Typesetter. Through the years, she enjoyed taking educational classes at night, good friends, family, dancing, travel, and many other things.  She had a great love of animals, having kitty cats as pets, and she always fed and nurtured homeless animals and the birds.  Growing up, she had a horse she enjoyed riding.  She was a Baptist and a proud Conservative.

She was preceded in death by her father Linzie Williams on October 22, 1966, her mother Adelle Williams on December 9, 1989, and her beloved son Ricky Williams on January 21, 2010.

Surviving is her beloved sister Linda Sue Williams of Houston, Texas and a number of cousins throughout the state of Texas, with two in Pennsylvania.

Mary Frances will be dearly missed.  Special thanks go out to her good friend Herman Overstreet of Jacksonville, TX for his friendship and kindness over time and to the wonderful nursing staff and Heart to Heart Hospice who took care of her.